This morning, as I was in my office preparing for two workshop facilitations next week, there was a knock on the door. A very sweet elderly couple greeted me. Here are my cogitations on that encounter.

the calculation of conversions

I know you are bringing a message

putting your offer out there,

eager to read from that bible you hold

I’m wondering just how you measure

do you calculate one in a thousand

and how is that possibly worth

at sending you both away.

would a cup of tea offer have hurt me?

This, my atheist prayer today.

In 1961, at the age of 74,  Marianne Moore was interviewed by The Paris Review for their “The Art of Poetry” series. Apart from being able to write poetry as well as Marianne Moore, I would also like to have been in a time and position, as Moore obviously was, to have been invited by Lillian Hellman to have seen one of her plays!

I am also jumping for joy at having discovered The Paris Review online with its decades of recorded interviews with writers. Some more chewy grist for the mill!  To say nothing of their essays. Not only but also Dorothy Parker, Hellman herself, W H Auden, Joan Didion and Margaret Drabble, with whom I once had the pleasure of engaging in a short conversation. As literary sites go, this is pretty special.

Do you suppose that moving to New York, and the stimulation of the writers whom you found there, led you to write more poems than you would otherwise have written?

I’m sure it did—seeing what others wrote, liking this or that. With me it’s always some fortuity that traps me. I certainly never intended to write poetry. That never came into my head. And now, too, I think each time I write that it may be the last time; then I’m charmed by something and seem to have to say something. Everything I have written is the result of reading or of interest in people, I’m sure of that. I had no ambition to be a writer.

Now, if I couldn’t write fiction, I’d like to write plays. To me the theater is the most pleasant, in fact my favorite, form of recreation.

Do you go often?

No. Never. Unless someone invites me. Lillian Hellman invited me to Toys in the Attic,and I am very happy that she did. I would have had no notion of the vitality of the thing, have lost sight of her skill as a writer if I hadn’t seen the play; would like to go again. The accuracy of the vernacular! That’s the kind of thing I am interested in, am always taking down little local expressions and accents. I think I should be in some philological operation or enterprise, am really much interested in dialect and intonations. I scarcely think of any that comes into my so-called poems at all.

As for the poetry, here’s one small gem which appeared in Moore’s 1959 collection, O To Be a Dragon, snapped from my copy of Penguin’s Complete Poems.

Many of us are familiar with the Japanese haiku form of verse. Here’s another one, with which I was unfamiliar until recently. Shadow Poetry has a good explanation of Tanka.

There are, of course, many more subtle components of the verse than its 5-7-5-7-7 or 31 syllable shape. You can always aspire to reaching higher expression of the form. In the meantime, it’s fun and satisfying to play with it as a container. If, like me, you are in the habit of writing down the odd phrase that occurs to you, the Tanka provides a good starting point to use the idea.  In this case, my phrase was the sound of one frond dropping.

you don’t hear the sound

that silence before the fall

only with the break

that crack of separation

the sound of one frond dropping

Back in my first days at university, I took a lot of English Literature subjects for someone who was also working towards graduating with a Geography major. In the end, I suspect the number of English classes surpassed the Geography ones.

It was the seventies. Unsurprisingly, I guess, Women’s Studies was on offer. One of my lecturers was the most radical woman I’d ever met at that stage of my life. Her classes were politicised, her clothes, her hair, her very presence in the academic halls were statements amidst the men’s tie and shirt brigade. I loved how what she taught was on the edge of the usual course fare. You could not ignore her. You could not get away with being in one of her classes and not thinking.

She is now Head of School at the same university. This was one of the texts for the course.  It’s been well dipped into over the years. The collection includes Denise Levertov, Gwendolyn Brooks, Anne Sexton, Adrienne Rich, Sylvia Plath (of course) and Margaret Atwood, better known today for her impressive body of work as a novelist. 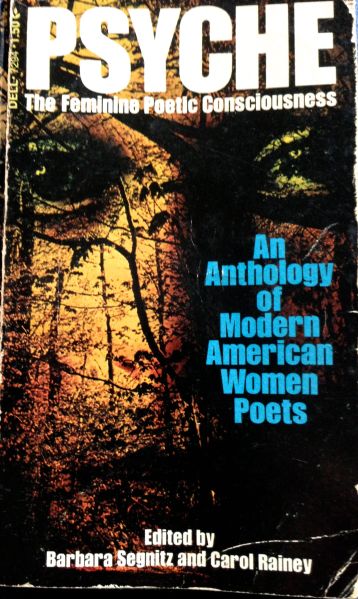 if you are awake

if you are awake and out of bed early enough

you may catch a promise

as the light and warmth expands

to meet this morning

there’s nothing certain in its onset

this new day shines for you

to bathe in its light

Yes, dear ones, I am at camp. Only there are no tents or sleep outs or enforced tramping through the woods. There is lots of play and much connection going on though.

Just over a week after returning from the big road adventure, I turned my sights east with Lake Lanier, Georgia, USA as the final destination.

It’s a short wander to the shore of the lake from my room and on my first day walk, I encountered squirrels and chipmunks foraging around the forest floor preparing for the oncoming winter.

The fungi tend to stay put when someone with a camera crunches leaves underfoot, so I ask you to imagine small fast furry creatures as you enjoy these eukaryotic organisms. I may get lucky with the fauna on Saturday when I join others for a lunchtime photo walk.

Other camp activities today yielded much joy. These generous women ran a writing workshop that in itself was worth the effort of travelling all this way. Meet Susan Piver, Jen Louden and Patti Digh. 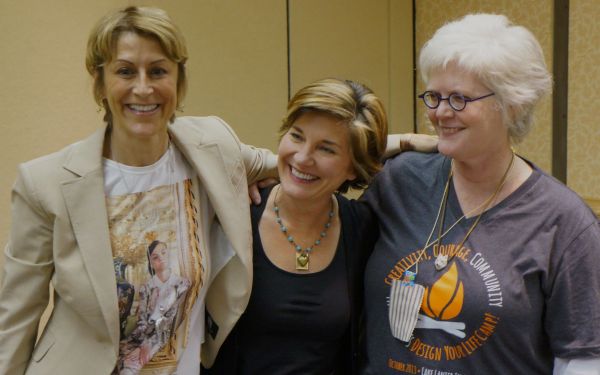 Tonight, I plucked up the courage to read some of my writing to fellow campers. No big deal? I’m here to tell you it was, as I was among a fine company of writers and a warm accepting audience.

Poet Maya Stein read from her work whetting my appetite further for her session tomorrow. I think I may have to transport a few muses home with me on the plane.