The last of the harvest moon tides are over until the next one rises. This morning, the mangrove tubes were exposed on the incoming tide.

In the park down near the Old Schoolhouse, the plover (Masked Lapwing) parents were a bit more relaxed with walkers. A nice change from being shrieked at as you walk the path. The young ones are growing up.

White-faced herons hide behind the scrub and change spots regularly.

The trumpet flower hangs in all its poisonous glory over a garden fence. 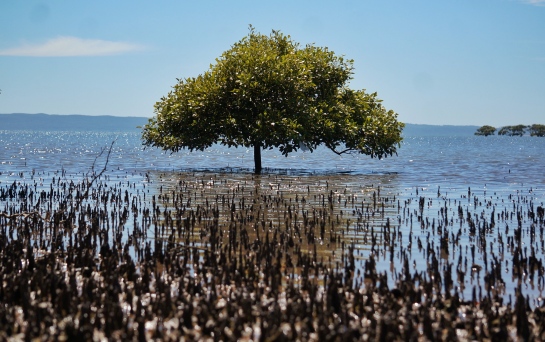 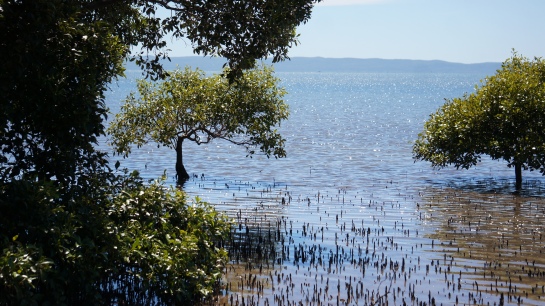 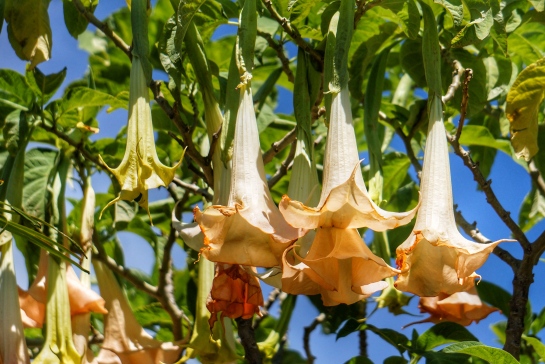 I’ve been walking. Lots. On most days, the iPhone comes with me, largely so I can listen to podcasts, and also to capture anything of interest along the way.

Today, I took my old faithful Sony mirrorless camera and caught some of birds that might be described as local regulars.  The migratory shore birds are in abundance at the moment, but find other places to roost when the tides are as high as they were this morning. 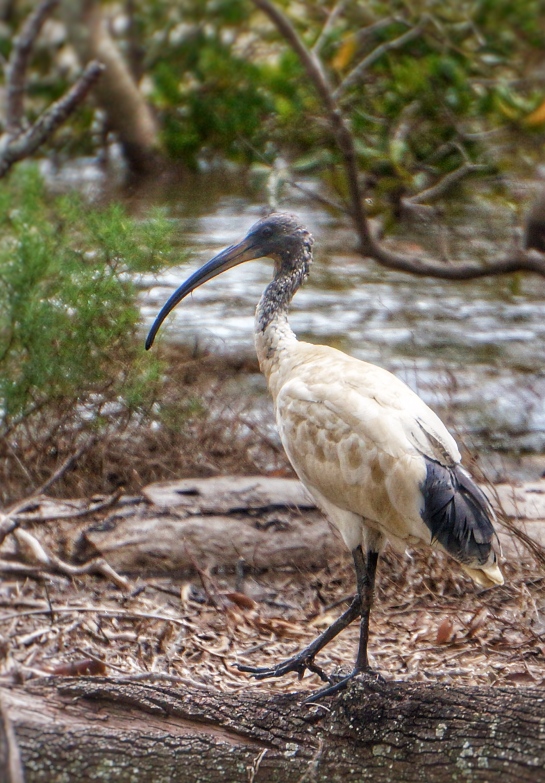 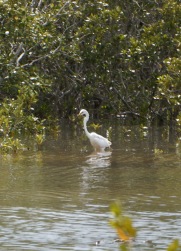 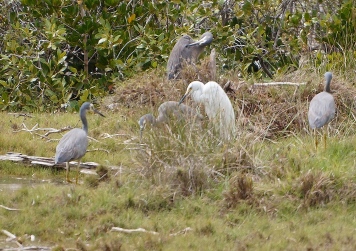 Reverting to black today with two bird linocuts. I’m still coming to terms with when to cut and when to leave even with just one layer in play. The first one was made some days ago required additional cuts.  The second is a case of gone too far and I’ve learned some more about playing with negative space.

Captured through still-waking-up Sunday morning eyes this morning, this now seemingly regular visitor to the garden showed off its navigation skills on departure. 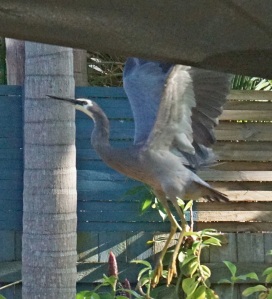 It’s a warm and sticky Saturday morning. Around 7 o’clock, I looked up from my desk to see this heron making his/her way across the back yard.

Thus began a dash for the camera followed by a slow and quiet positioning at a distance with the lens at 210mm. Had the shutter speed up high to be ready for the inevitable departure. Here’s the shot at ISO 1600, f6.3, 1/1250.

Through the window in my office, I have a good view of the garden and am able to see occasional visitors of note.

This morning it was this white-faced heron.  Because the glare was right behind him, all I was getting on the screen was a silhouette. It took a great deal of pushing the exposure and some other tweaks to get this image happening.

And then the bird flew next door. A different angle and different light meant an easier transition to an image that did the heron a little more justice, despite the longer distance.

At this westerly end of the Gibb River “Road”, the gorge turn offs are closer in distance so we were setting up camp around lunchtime.  It was one of the hottest days we’ve had so far hitting 36 degrees around 1pm and not dropping from that until after three.

The Windjana Gorge campsite is a short walk from the gorge.  In the afternoon, you lose about 10 degrees temperature inside the gorge and it’s a relatively easy tramp in.

The pools along the gorge, not very deep in this driest of dry seasons, are home to freshwater crocodiles and a wide variety of birds, including a white faced heron, a night heron nestled in the brush across the water and a couple of black-fronted dotterels. 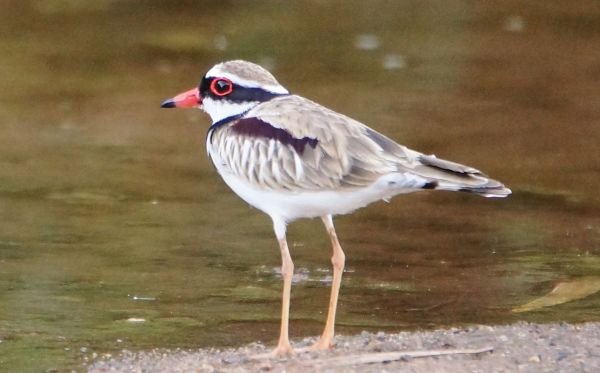 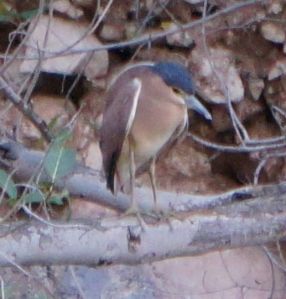 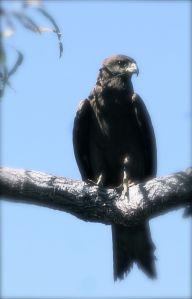 These pics represent our two days at this site.  We drove up to Tunnel Creek Gorge on the second day.  It was also very cool as most of it is in a cave system, hence the name.  You need torches and wet walking gear.  My aversion to running into even harmless crocs as you walk through water in the dark had me stopping half way at the opening. This gorge is also home to many species of vociferous bats.

In other news, don’t ever think you can disappear into the wilderness and not run into people you know. It was fun to run into Charles and Ashley from my local hairdressing salon back home.  We’d spoken of our respective trips some months ago, but never expected to run into each other at Windjana Gorge. Courtesy of Charles and Ashley we are now in possession of a red claw trap for use in freshwater creeks AND the honeydew melon to go with it. Charles was very impressed with our support system for the strut on the van, particularly the fallback position of the portable toilet sitting on top of the wardrobe. You use what you have, don’t you.