Arishiyama is also the home of the UNESCO World Heritage temple, Tenryu-ji. This place was the site of the first Japanese Zen temple (in the 9th century) and in its current form continues as a temple of the Rinzai Zen sect of Japanese Buddhism. 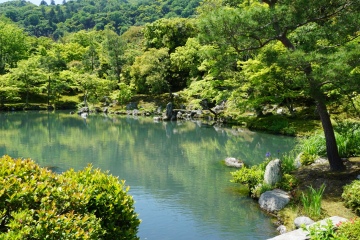 The 14th century designed Zen garden is, like the temple, set among the backdrop of the surrounding mountains. The designer was Muso Soseki and his approach of incorporating the external environs of the garden is called shakkei, which means borrowed landscape.

Muso Soseki (1275-1351) was hugely influential in establishing Zen Buddhism in Japan. As well as being a Zen Master and garden designer, he was a poet, teacher and calligrapher.

This poem (translated by American poet, W S Merwin and Soiku Shigematsu) appears in This Same Sky: A Collection of Poems from Around the World, curated by the wonderful Naomi Shihab Nye.

I spent the first few days of November in the peaceful surrounds of Lake Kanuga in North Carolina at Patti Digh’s Life is a Verb Camp. This inclusive, communal and creative gathering is now an annual must-be-there event for me. I always return home refreshed, encouraged and full of new insights, ideas and skills. 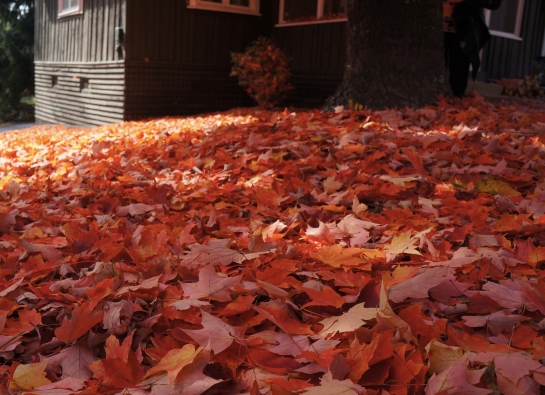 Poet, Glenis Redmond, shared her powerful words which now, more than ever, will be needed to jolt us out of systemic injustices that exist across the world.

Jonathan Santos sang songs of ancestors and breaking through. 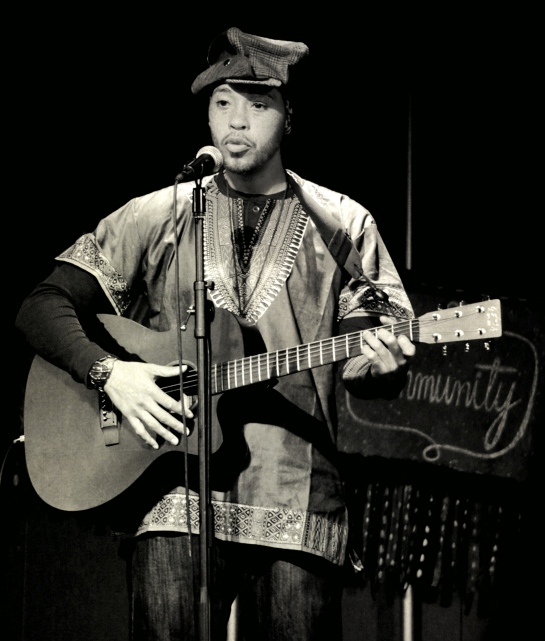 Folded pieces of paper tucked into books can reveal themselves decades later. In this case, a poem by Judith Rodriguez. I liked this poem when I wrote it down some decades ago. I still like it.

Talking of people I love

I grope for traits

to dignify and endear them, move

you nearer my place

where it’s a celebration to forgive.

And I always fail. I’m staggered

when I start cads,

with my unwary words.

Phrasing all of anyone’s a hazard;

their music comes so varied

of listening moods to be married

or related. Vows and

Though you sometimes purchase

illusion, weeding a field that has

there’s a hardy strain in weaknesses

at least for loving: they’re funny

folly – perhaps too many

disgracing us graces the randy

centuries that, hot after living,

gossip, and our rage for believing.

May I glow gaudy

in the spate of a friend’s forgiving!

a wasp lands on spinach leaf

both of us focused

remnants of an early find

on a day when a friend left us

There is comfort in routine.
Familiar repetition,
the reassuring deja-vu
of an ordinary activity.
It speaks
as if everything will be alright,
that this will always be here,
eternal,
building in the memory bank.
Yet it won’t. It really won’t.

Perhaps the so-called ordinary
calls for a response that sharpens senses,
as if to see and hear it for the very first time,
every time.

Yet seemingly repeated actions
are different every time.
They diverge from the norm
with nuances large enough for us to notice,
if we care to notice.

when hanging out the washing,
soak in the sunshine’s warmth,
peg slowly, pay attention.

when pouring milk in coffee,
inhale the aroma,
dip your finger in the crema.

when waking to soft bird sounds,
differentiate them,
lie still and breathe the morning in.

This mortality of ours demands
sparklers and laughter,
not ennui and weariness;
mindfulness and regard,
not lethargy and indifference.

It feels as if it will always be here
yet it won’t, it really won’t.

It feels as if we will always be here
yet we won’t, we really won’t.

is up for a chat with his customers

what’s wrong with your wrists?

oh not arthritis, RSI, he repeats

it stands for Repetitive Strain Injury

says the man through his white beard

tiring of the inquisition

do you know what caused it?

the boy persists with his cheerfulness

the Michael Clarke of your day eh?

a woman’s product selection is under review

are these any good?

I don’t know says the woman

hoping for a quiet and quick transaction

I will says the woman

hurrying to meet her companion

did you mean to buy all those things when you came in?

he’s noticed I have no basket

I didn’t know we sold these

he says as he scans the chocolate-coated ginger

notice he said we not they

he is loyal to the corporation

most people buy more than they intend

notice how observant he is

notice how he loves his job

In 2008 Stephanie Dowrick wrote a doctoral thesis entitled Rainer Maria Rilke: Bearing Witness. Around the same time she completed In the Company of Rilke: Why a 20th-century visionary poet speaks so eloquently to 21st-century readers yearning for inwardness, beauty and spiritual connection.

I would not have known this had I not been hovering around the number 831.912 in the local library. German poetry is not my usual go-to shelf. I do, however, own several works by Stephanie Dowrick so when I spotted her name on a book spine I was curious enough to add the book to my underarm clutch.

So how does a not particularly religious person get drawn to the writings of an Interfaith Minister? In my case, I think it’s due to the absence of dogma in her work on spirituality and the human condition. Over the years, Dowrick has explored such topics as resilience, solitude, forgiveness and intimacy. Her words are both accessible and deeply thought provoking.

This study of the poet Rainer Maria Rilke (1875-1926) explores both epistemological and ontological themes, explicitly asking what readers may “bear witness to” within themselves, as well as on the page, through their reading. The primary question of the study comes from Martin Heidegger’s essay on Rilke when (quoting Hölderlin) he asks: “What are poets for (in these destitute times)?” and whether this has genuine significance beyond entertainment or diversion.

The book written alongside her thesis incorporates biographical and theological elements. Dowrick expresses impatience and disdain for Rilke the man which contrasts greatly with her response to his work. 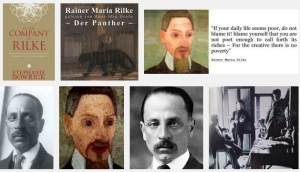 Dowrick spends time exploring the accuracy of translated poetry, noting that the translators of Rilke’s work from German to English often created very different interpretations. So it is, with all readings or listenings to poetry in one’s own language, Dowrick argues. We are all translators. The poem becomes what we make of it in the reading, much like our individual responses to spirituality.

The writer’s history shapes what sits on the page; the reader’s own history and conditioning are also inevitably present, shaping the encounter and limiting or delimiting comprehension and appreciation.

Dowrick talks about what she describes as ‘surrendered reading’,

a way of ritualising the meeting point between the writer and the reader that requires a willing letting-in as much as a letting-go. Reading then becomes a brave and profound experience of being, not simply of ‘doing’.

For the reader, Dowrick argues, finishing a (polished) work is the beginning of ‘complex processes of engagement’

The sparks that lit me up in the reading In the Company of Rilke were not necessarily the biographical details of Rilke or the theological elements, although they provided great context. It was about the exploration of the processes of reading and writing.

Dowrick goes on to quote the French philosopher Gabriel Marcel.

What Rilke teaches us better than anyone, and what I think such writers as Neitzsche or Kierkegaard have generally either never known or in the end forgotten, is that there exists a receptivity which is really creation itself under another name. The most genuinely receptive being is at the same time the most essentially creative.

If the success of a book or poem is that the reader begins a ‘complex process of engagement’ once the ‘reading’ is over, this book has worked a treat.

Here’s some more poetry straight off my bookshelf.

Mal Andersen was a school teacher writing short poems in the 1970s. I haven’t been able to find anything more of him or his work after that date. This collection, discovered in a local bookshop way back when Anderson was writing, was published in 1978 by the then North Brisbane College of Advanced Education at Kedron Park (now part of the Queensland University of Technology).

I’ve included three of the poems from Brisbane Poems and Other Recollections below.

Here’s a great example of what happens you muster the courage to put what you love to do out there in the big wide world. I never cease to be amazed what connections you can make through the magic of social media and blog platforms. What’s even better is when you get the chance to meet those people face-to-face and share conversations about passions and pastimes.

So it’s a big THANK YOU to Deb Reynolds, one extraordinary Canadian, who pointed me in the direction of this post this morning. Thanks for noticing the tanka love coming from this direction Deb, and for helping to open up my knowledge of how others are using and adapting the form.

A container such as verse form is useful to get the writing started. It doesn’t have to mean you’re ‘stuck’ with the format. Enjoying the playfulness of it is an important place to start.

This book review of a collection by Harryette Mullen is from National Public Radio. With these tanka forms, the 31 syllables goes into 3 lines, but not necessarily fixing the number of syllables for each line. Here’s a taste.

The review’s author Carmen Giminez Smith writes about how Mullen marries the modern with the older form. 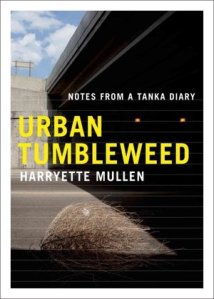 Poet Harryette Mullen makes a beautiful marriage between those new ideas and a classic poetic form in her first collection in over a decade, Urban Tumbleweed: Notes From a Tanka Diary.

The tanka is a Japanese form dating back centuries. It’s a 31-syllable poem that usually includes what Mullen calls “a refined awareness of seasonal changes and a classical repertoire of fleeting impressions.” In Urban Tumbleweed, Mullen has written 366 tankas, describing a year of living in Los Angeles and traveling to places like Texas, Ohio and Sweden while taking careful note of the natural world around her.

Here’s some more about Harryette Mullen and her work.

So many poets, so little time!